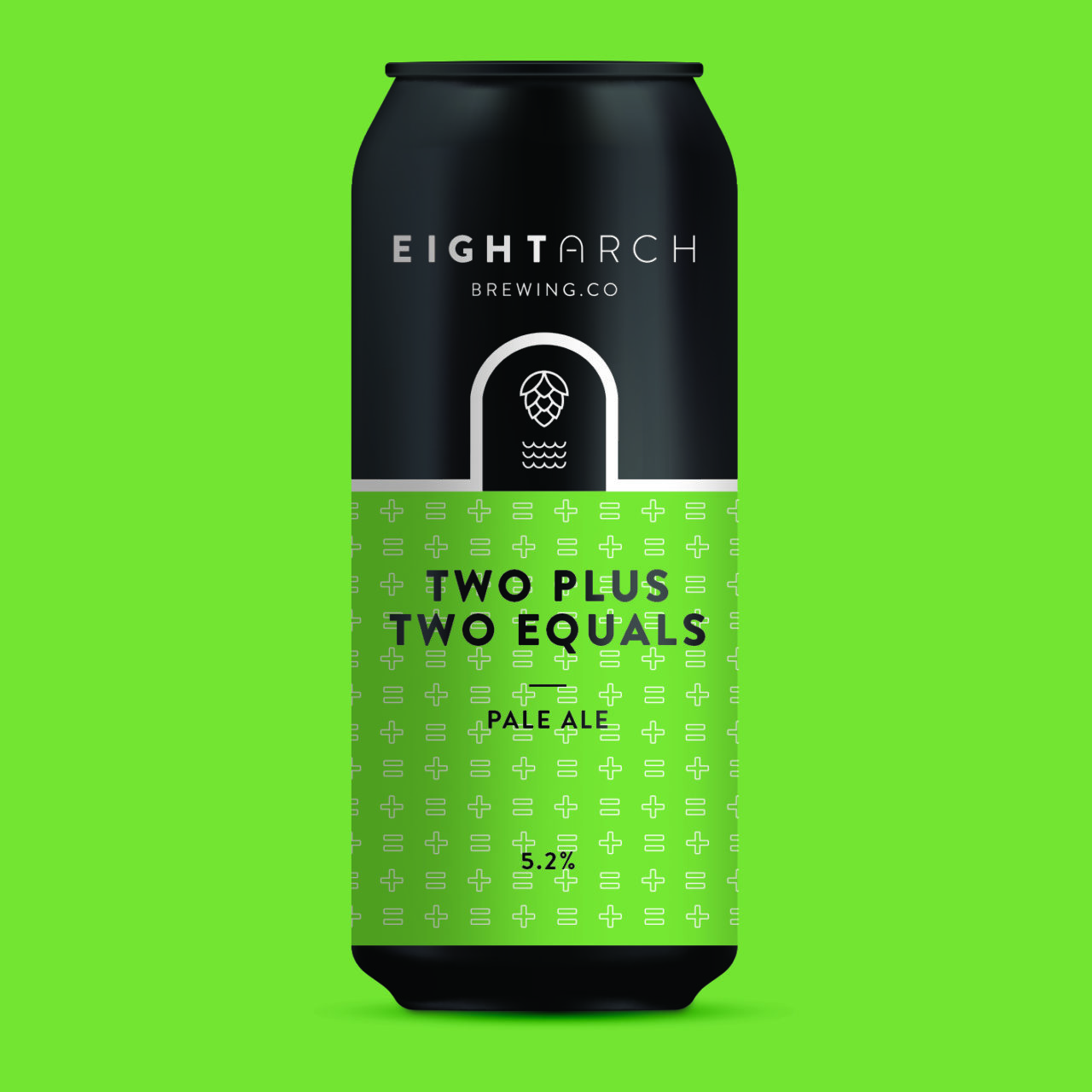 We love brewing new beers at Eight Arch and one style that we feel we’re really starting to nail is the soft and juicy New England style.

We’ve been brewing this style for quite a few years now but we’re always looking to improve the final product. We look closely at the water profile, grist (malt) profile, yeast character and of course the variety of hops we’re going to use in each beer. Our latest version has arrived in the form of Two Plus Two Equals.

Once we knew what we wanted to brew we settled on the grist which included pale malt, oats, wheat and Golden Promise which has become one of our favourite malts during 2021. We knew our house yeast would be the perfect partner for this beer as it adds a great creamy finish to the beer and even small amounts of peach which amplifies the final hop profile. Our stand out hop of 2021 has been Strata from the guys at Loughran and Indie Hops in the US, The hop itself has a mind blowing aroma of tropical fruits when we open fresh packs so we had to include it in this beer (It’s also used heavily in Past Reflections). We paired it up with a heavy dose of Amarillo and Galaxy with the resulting beer having a great creamy head which follows it down the glass and an aroma dripping in ripe mango and passion fruit.

It’s also heading to the 2021 Virtual Independent Salford Beer Festival which takes place online between 11th to 14th November, head to their website here to take part and help raise funds for charity.

This one is definitely a staple in our fridges while it’s around! Don’t miss out on grabbing some for yourself here.