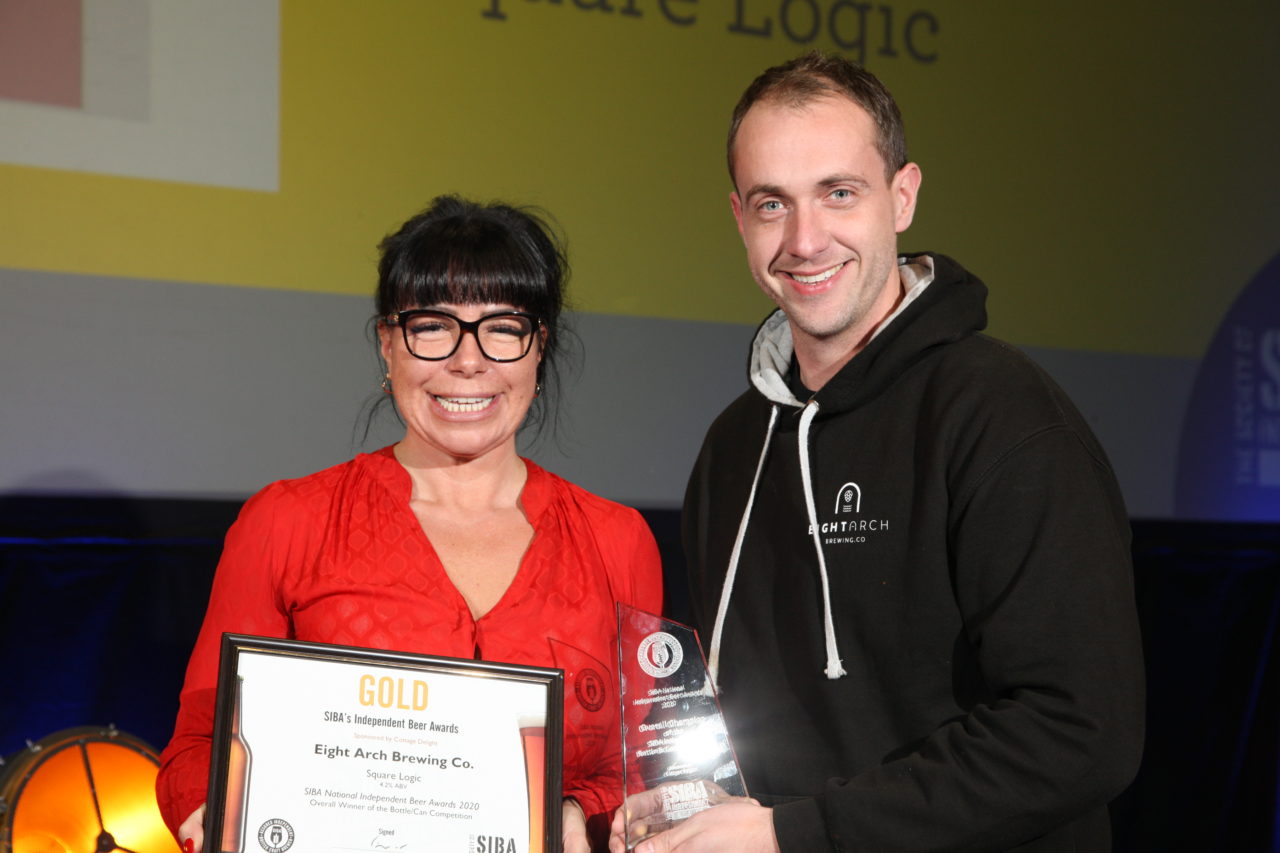 Well, where do we begin with this one??

It’s crazy to think that this happened exactly a month ago on 12th March, so much has happened to the whole country and at the brewery since then hence why’s it’s taken us a while to get this post up.

Never did we think we would win a category yet alone overall champion, it was a total shock when Jonny Garrett announced to everyone that we’d won. TOTAL SHOCK.

For anyone who doesn’t know what these awards are, it’s organised and run by SIBA (Society Of Independent Brewers) which we’ve been a member of since we started brewing back in early 2015. SIBA members are broken up into the eight regions that make up SIBA, we’re in the South West region and enter our beers into the regional competition which is held in Newton Abbot every April. In 2019 it’s fair to say we won a few awards there!

Square Logic won it’s category (Session IPA up to 4.3%) in small pack and cask, Corbel won it’s category (IPA 5.5% to 6.4%) in small pack also. This meant that these beers went forward to BeerX last month to go up against the same category winners from the other seven regions in SIBA. In previous years we’ve had a lot of success with Corbel in cask and small pack, have a look on Corbel’s product page to see our previous wins.

So we headed off to Liverpool for BeerX which is always a great event to catch up with brewing friends over a beer, play a bit of ping pong with the guys from Kegstar and have a look at all the shiny stainless steel to consider what we might get next and of course the beer awards.

It started quite well with Square Logic getting silver in it’s category for cask and Corbel doing the same in it’s category for small pack, then Square Logic won it’s category in small pack! Yeah that wasn’t expected especially when you see the beers it was up against, so now it was to go up against the winners of the other thirteen categories. When third (Signature Brew 10% impy stout) and second (Hawkshead 7.4 DIPA) were announced we thought there was no chance our 4.2% Square Logic could possibly win, but it did and we still don’t believe it! The picture above is of Steve being presented with the award by Cottage Delight.

Think we might have to get a bigger canning line……..